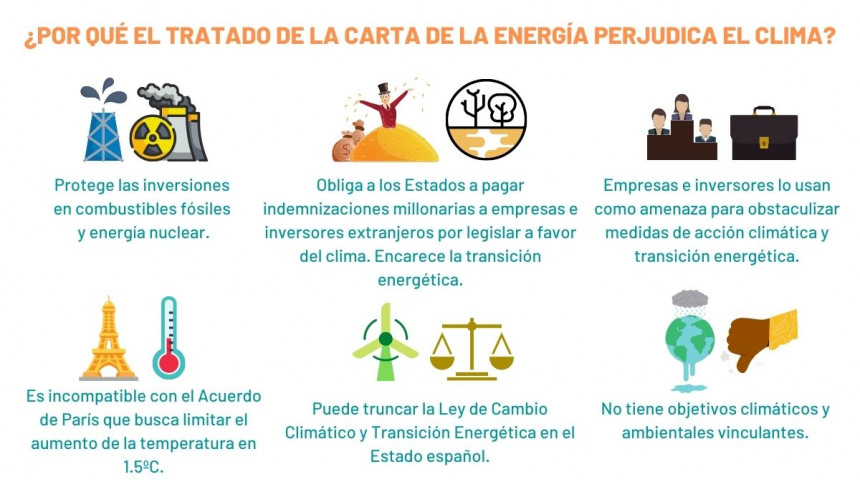 A coalition of more than 400 organisations across Europe have launched a joint declaration to demand that all European governments announce the exit from the Energy Charter Treaty (ECT) no later than the 2021 United Nations Climate Change Conference (COP26), to be held in Glasgow next November.

In Spain, the declaration has been supported by 102 groups, including the five major environmental organisations (Friends of the Earth, Ecologists in Action, Greenpeace, SEO/BirdLife and WWF) as well as platforms for civil disobedience in the face of the climate emergency, such as Rebelión por el Clima.

The launch of the statement coincides with the start of the sixth round of negotiations to modernise the ECT (6-9 June), a sterile process that, as seen in the previous five rounds, does not aspire to produce real results to align the Treaty with the objectives of the Paris Agreement and continues without a concrete date for its completion.

Organisations argue that, at best, modernising the ECT would lead to another 10-20 years of fossil fuel protection. This is reflected in the European Commission's (EC) proposal, which, while being the most ambitious party in the negotiations, advocates: (1) continuing to protect existing investments in fossil fuels for another ten years, (2) protecting new investments in gas-related projects until 2030 and even until 2040 in some cases, and (3) expanding the Treaty's protection to other controversial energies such as hydrogen and biomass.

Faced with this situation and four months before political leaders from around the world meet in Glasgow to advance the development of more ambitious measures to address the climate emergency, civil society demands policy coherence: we must leave the ECT no later than COP26. "Only in this way can we safeguard climate policies and the future of the planet", say Ecologistas en Acción and the No to Trade and Investment Treaties campaign.

While the scientific community has warned that 80% of known reserves of fossil fuels (oil, coal and gas) must remain in the ground to contain the increase in global temperature by 1.5ºC, today, in Europe alone, the fossil infrastructure protected by the ECT is 344.6 billion euros. And, as they warn in the statement, "any attempt to change policies or public subsidies in the energy sector can lead to million or even multi-million dollar lawsuits that are paid for out of the public purse". This is what has happened in the Netherlands, which in less than three months is facing two lawsuits for 1.4 and 1 billion euros over a law to phase out coal by 2030.

Countries such as Spain and France have already sent a strong message to the European Commission, "if modernisation fails, the only way out of the ECT will be the exit from the ECT". French MEP Marjolaine Meynier-Millefert (LREM) and Spanish MEP Germán Renau Martínez (PSOE) have also echoed this and have called for an exit from the ECT coordinated at European level, or otherwise between several countries.

More than 500 members of the scientific community - including Jean-Pascal van Ypersele, vice-chair of the IPCC - and more than 1 million people across Europe have also called on governments to end fossil fuel protection and leave the ECT. 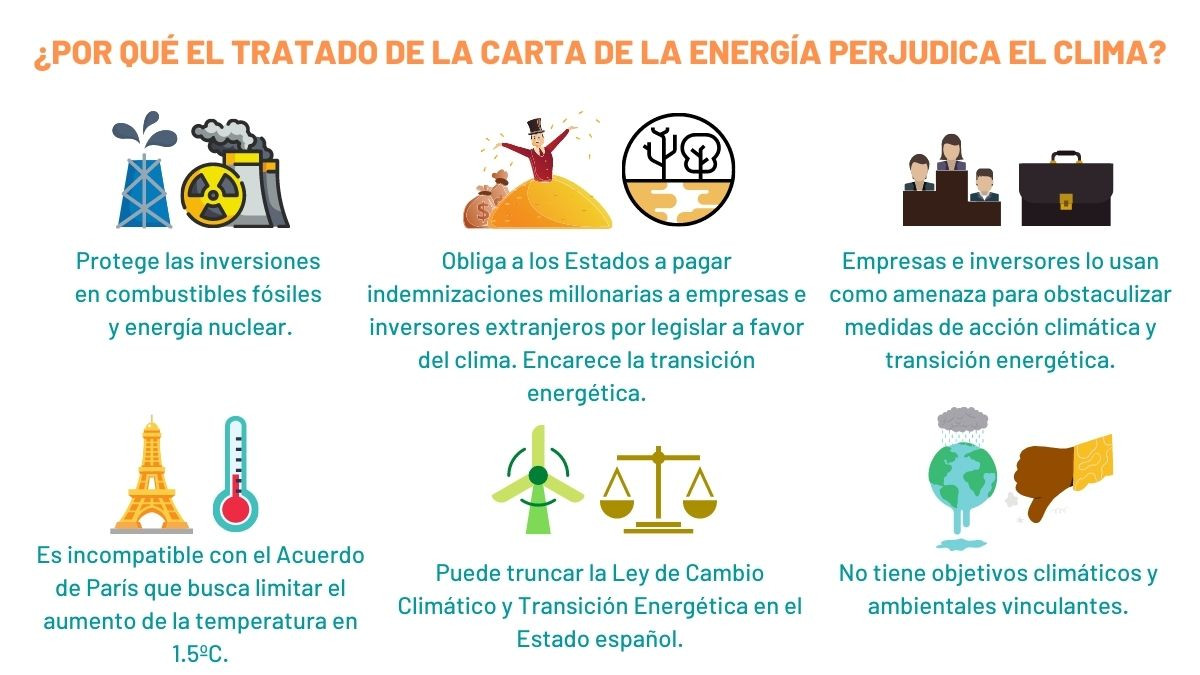