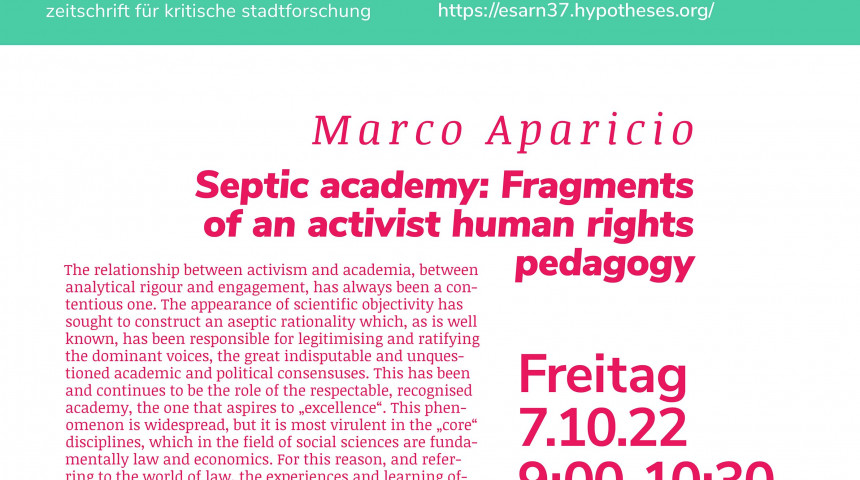 Marco Aparicio, President of the ESCR Observatory, will be the conference's speaker at "Septic Academy: Fragments of an activist human rights pedagogy" in the Seeing Like a City/ Seeing the City Through conference cycle on October 7 at the Humbold University of Berlin to discuss the Observatory's task and its task of generating knowledge about social phenomena from the perspective of activism and the defense of human rights.

The relationship between activism and academia, between analytical rigour and engagement, has always been a contentious one. The appearance of scientific objectivity has sought to construct an aseptic rationality which, as is well known, has been responsible for legitimising and ratifying the dominant voices, the great indisputable and unquestioned academic and political consensuses. This has been, and continues to be, the role of the respectable, recognised academy, the one that aspires to "excellence". This phenomenon is widespread, but it is most virulent in the "core" disciplines which in the field of social sciences are fundamentally law and economics. For this reason, and referring to the world of law, the experiences and learning offered by critical pedagogies linked to activism in defence of human rights are particularly valuable. In them, academic rigour (theoretical, methodological) is understood as the best ally of militant commitment. This rigour is built from and in favour of situated experiences, subjective needs in movement, and seeks to nurture dialogue between theoretical, methodological, dogmatic and moral or political factors. 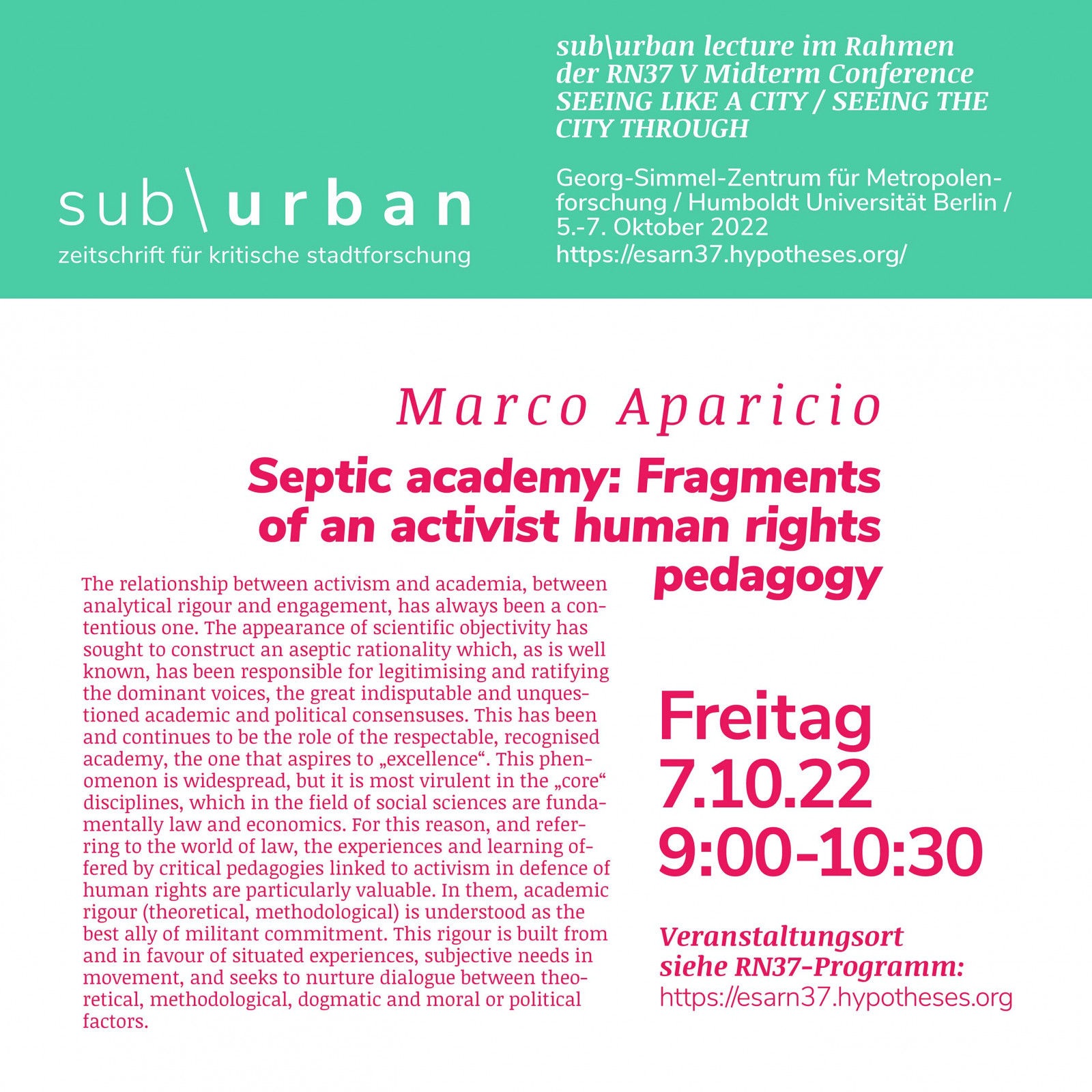