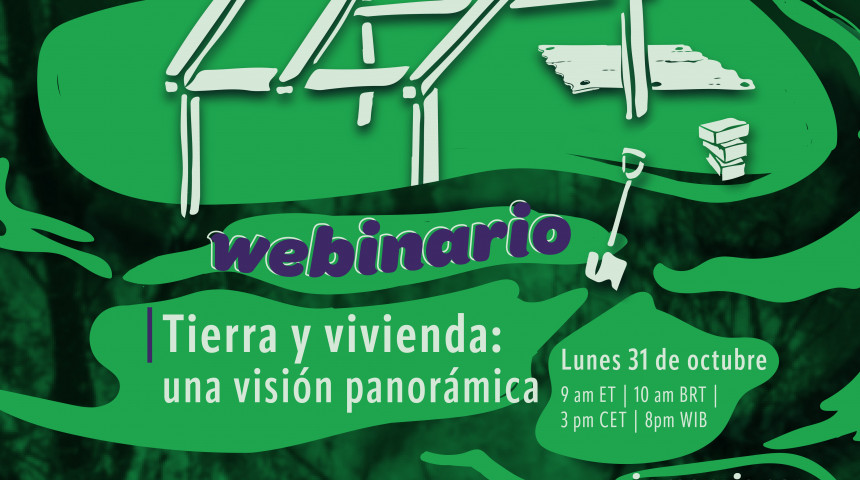 Join us on Monday, October 31 at 9am ET (check your time zone here) for “Land and Housing: A Panoramic View” - a wide-ranging webinar on the many issues related to land and housing that form the epicenter of major social conflicts around the world. This panel discussion will sharpen our analysis of the main structural problems that intersect with conflicts over land and housing in both urban and rural contexts, and the role of lawyers in supporting movements in these struggles. The Global Network of Movement Lawyers at Movement Law Lab is hosting the webinar as part of our "Deep Dive" course on Land and Housing, together with Terra de Direitos, Labá - Direito, Espaço & Política (of the Federal University of Rio de Janeiro), Plataforma de Afectadxs por la Hipoteca (PAH) and Observatori DESC.

The panoply of land and housing struggles - from urban movements against displacement and extractivism, to shack-dwellers fighting for secure tenure of land, and indigenous communities standing for self-determination over their natural resources - brings into relief key issues for the legal field: How does the law facilitate the prioritization of land uses and functions according to the highest profitability that can be extracted from it? Can law recognize other possible uses of land defined by communities and not by private profit? How might we include other imaginaries and cosmovisions about land and nature that can be valorized through the law?

The panel has been assembled so as to bring forward practical lessons and analysis from diverse struggles that may inspire or resonate with experiences from other contexts. The following panelists are confirmed: Raquel Rolnik (Brazil), Alejandra Jacinto (Spain), Nélida Ayay Chilón (Peru), Pedro Martins (Brazil) and S'bu Zikode (South Africa).

Simultaneous interpretation will be provided in English, Spanish, Portuguese and French. 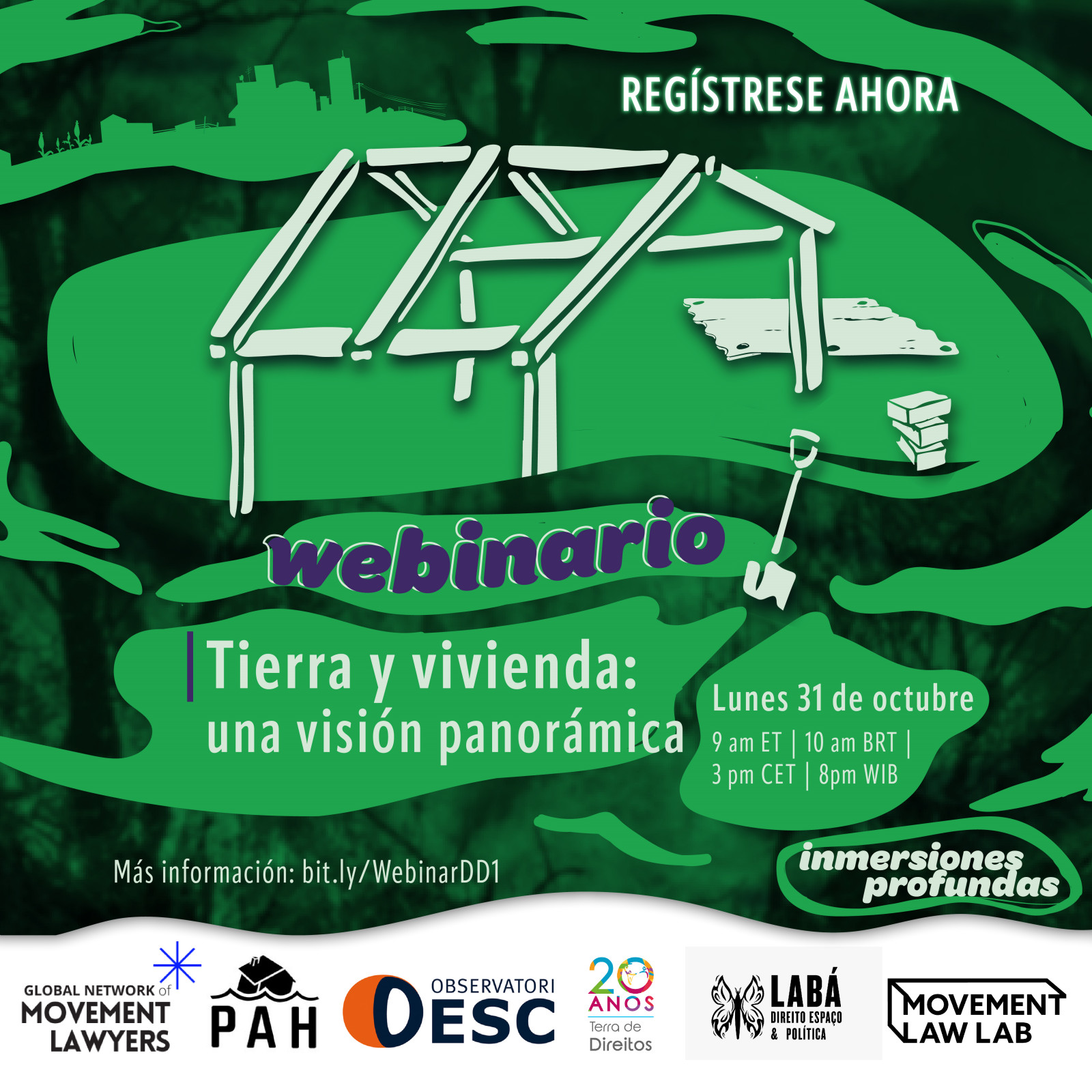 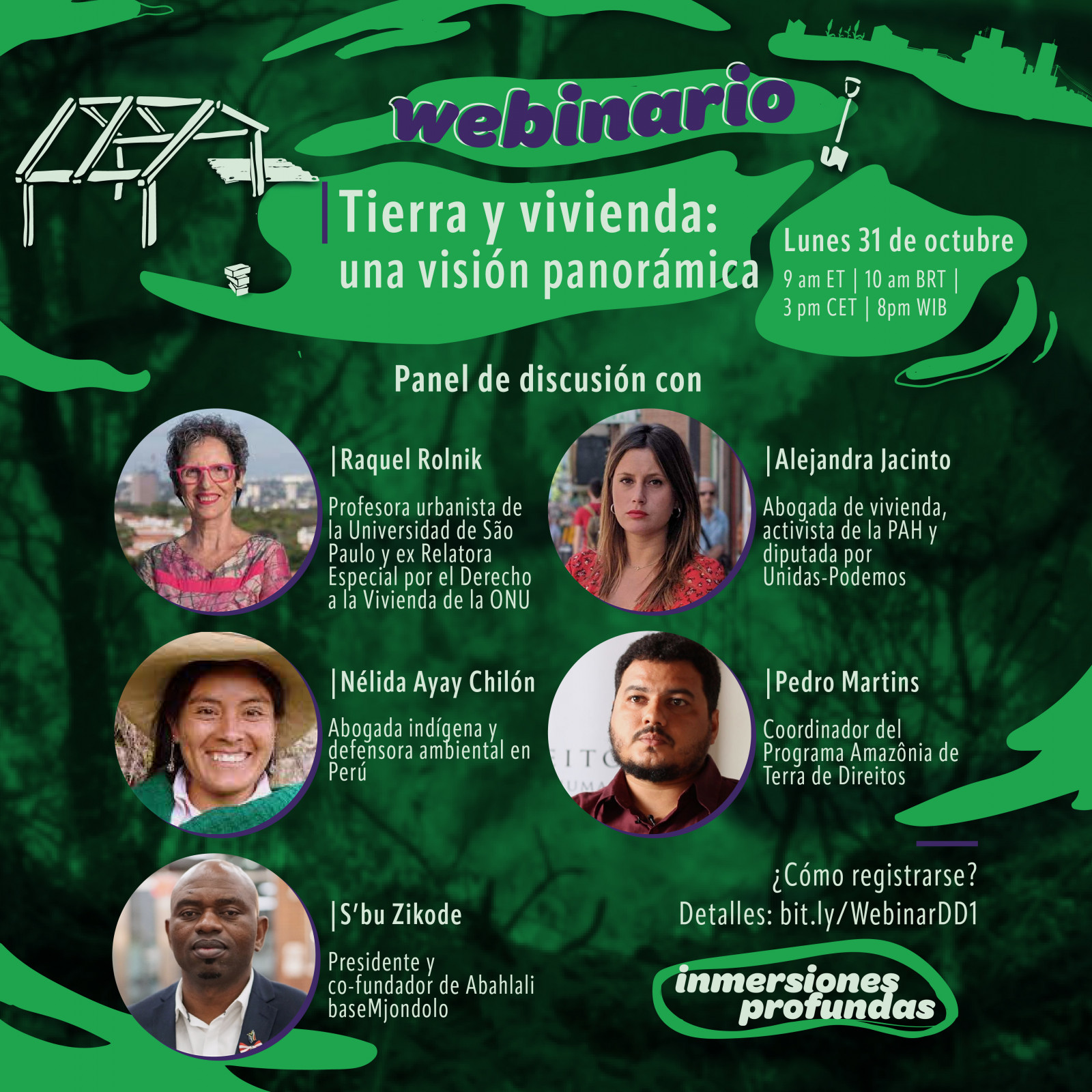 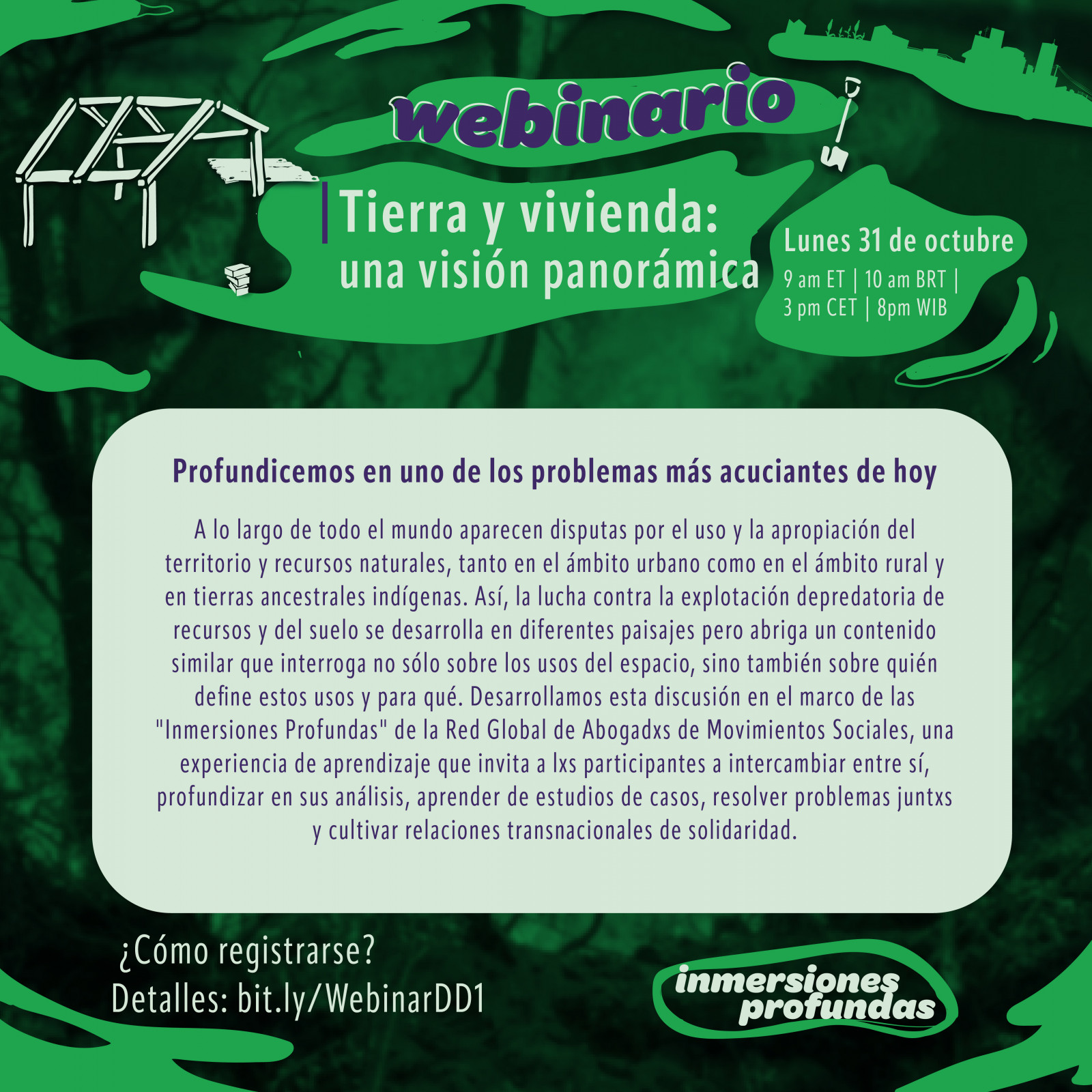