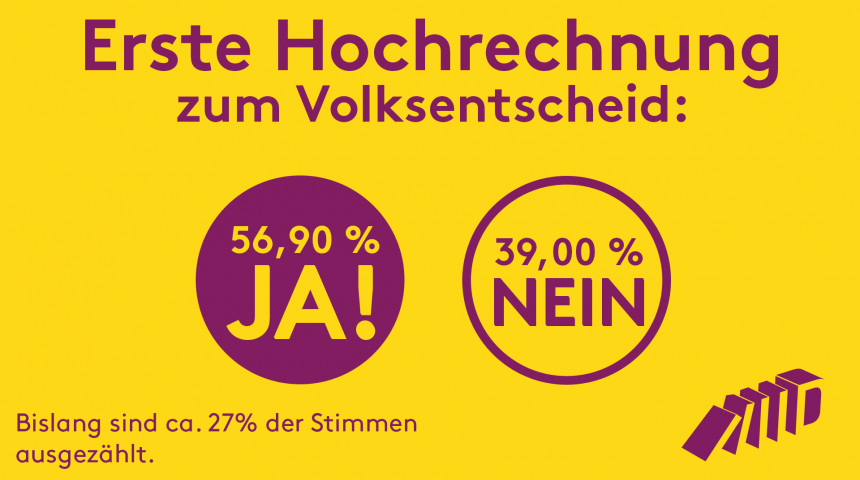 Last Sunday, September 26, together with the general and state elections, 59.1% of the citizens of Berlin voted in a referendum promoted by Deutsche Wohnen & Co in favor of recovering for social housing apartments of large real estate companies

59.1% of Berliners are in favor of "socializing" housing for those large real estate companies that have more than 3,000 in Berlin. On Sunday, September 26, along with the general and state elections, Berlin voted in a referendum in favor of recovering for social housing apartments of large real estate companies. This initiative, driven by social movements and civil society organizations grouped in "Expropiem Deutsche Wohnen & Co", claims the social function of housing and denounce the commodification and financing of apartments by real estate and tenants who only use the blocks of flats and apartments for speculation.

The political measure claimed by the majority would contemplate “expropriating” up to 240,000 large tenant apartments in Berlin, offering companies remarkable compensation. This would involve a significant investment of public funds for social housing, significantly expanding the public housing stock in Berlin, which is already much higher than in Barcelona (where we only have 1.5%). These reclaimed homes would become managed by a public housing company that would guarantee affordable rental prices and offer social rent.

It is worth noting that the fact that it is contemplated that the "expropriation" must be accompanied by a millionaire compensation to large real estate companies has generated discrepancies within the housing movement. Some entities consider that the amount with which it is contemplated to compensate the large tenants to recover these homes is excessive, although it has been said that it would always be below market value. In any case, just the fact that the public debate in Berlin is situated in these terms, is very significant of the level of social awareness about the political measures that can be taken and that are increasingly urgent to put back Social Rights and the dignified life of the people at the center, and not in the hands of the interests of the great speculators, as hitherto.

In ten years, the rental price in the German capital, where 85% of people live on rent, has increased by 112%. The situation in Berlin can be extrapolated to that experienced in many major cities around the world, as well as in Barcelona and many cities in the country.

“Berliners are no longer willing to pay the high profits of real estate companies and their shareholders!” Said @JennyStupka, spokesperson for the movement, on the night of the referendum victory

Although this referendum was not binding and the future mayoress of Berlin (S&D), Franziska Giffey, has shown her reluctance to implement such a policy completely, the victory of this popular initiative denotes a general concern and interest in the problems of current housing; it denounces a problem that is worrying and distressing for a large part of the population and, above all, demonstrates what real and viable tools we have at our disposal to resolve this imbalance. It is clear that, after this overwhelming victory, everyone shares that housing policies to demercantilize the sector, offer more social rent and fight gentrification, will mark the next legislature in the city-state of Berlin. An example to follow and support. 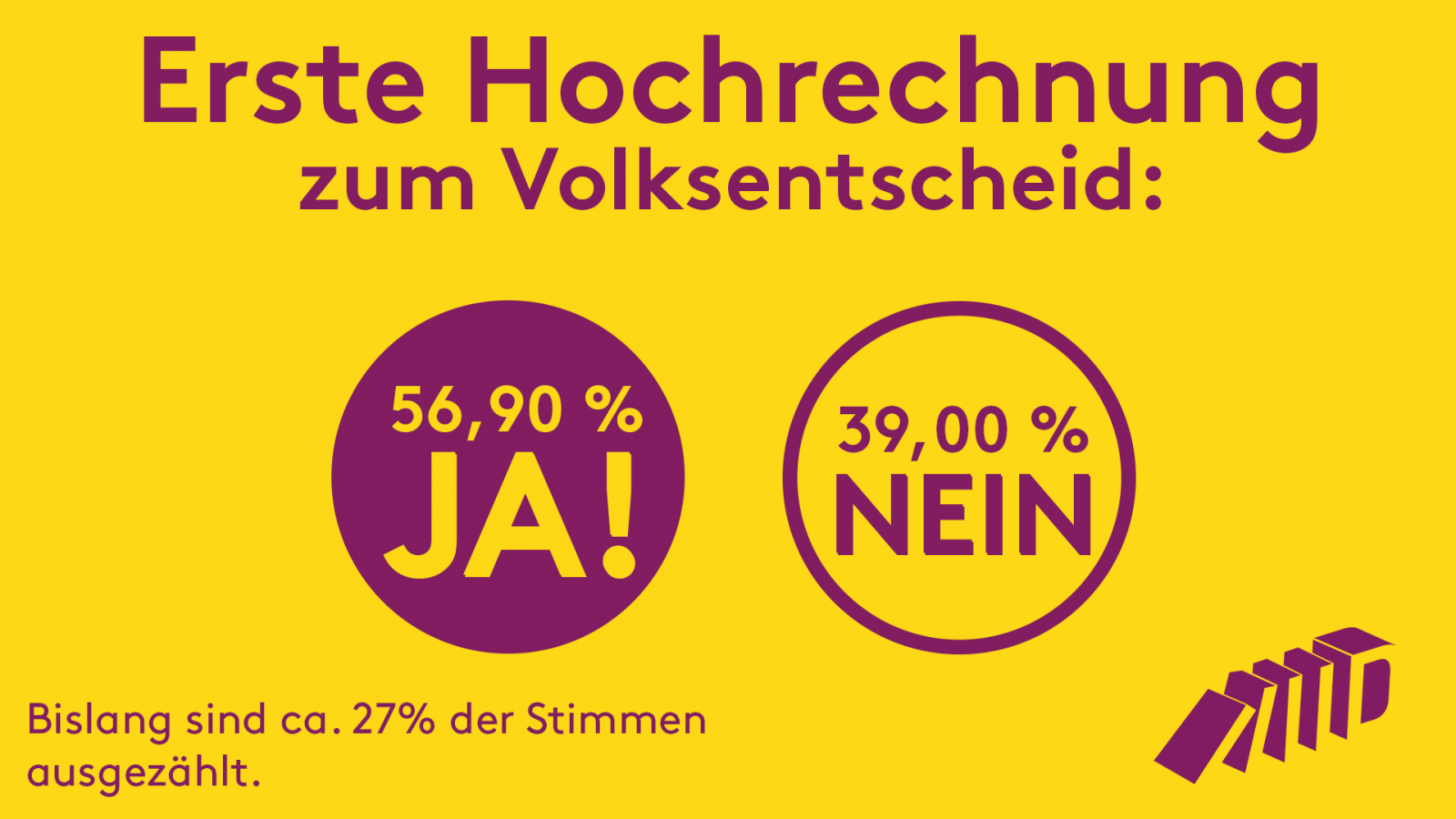