The ESCR Observatory joins the 9/19 rally in the fight for climate, health and life: AIRPORT EXTENSIONS? NO, THANK YOU! 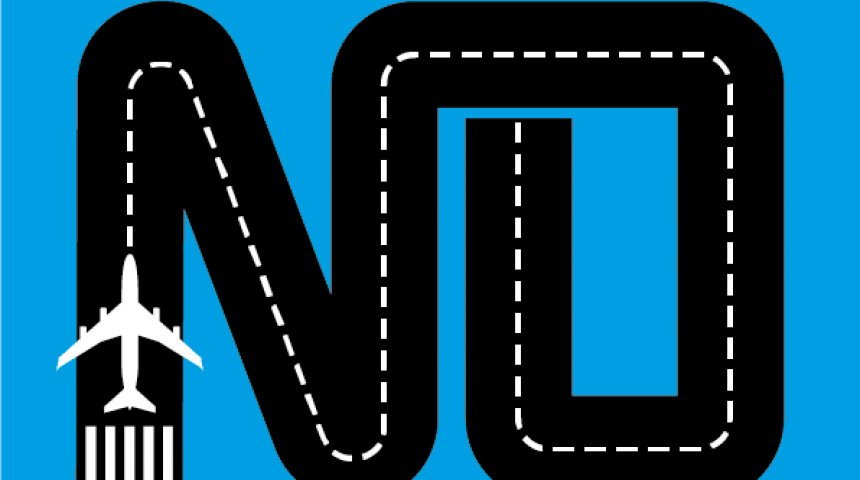 Have a look at all the information on the rally of September 19, 2021 on the website http://www.ampliacionsno.cat/ #MenysAvionsMésVida. There we go!

The repeated fires this summer or the torrential rains and floods that are taking place all over the territory are nothing but symptoms of the climate crisis. A phenomenon that, as the recent IPCC report details, is real, is accelerating, and is caused by the change in the consolidated economic paradigm since the so-called Industrial Revolution. Stopping the temperature rise, according to the IPCC, requires an unprecedented drastic reduction in greenhouse gas emissions. Even if they stopped emitting GHGs today, the future would look uncertain.

In this context, the inaction to take far-reaching policies to curb the climate crisis is incomprehensible. One of the sectors to be addressed is aviation, as it is responsible for 5,9% of total greenhouse gas emissions. According to the Stay Grounded network, moreover, green aviation is a fallacy: it is not viable on a large scale in a short period of time, and therefore justifying the growth of air transport by alluding to this type of 'argument' makes no sense. It is an attempt by the industry to keep making money to the detriment of the planet and people's lives.

In addition, it is important to emphasize that flying is a privilege enjoyed by a very small part of the world's population. In fact, more than 80% have never taken a plane. Thus, a few people generate a disproportionate amount of emissions that have a global impact. In fact, a return flight from Barcelona to Paris generates as many emissions as those generated by an inhabitant of countries like Uganda in a whole year.

En aquest context, i tot i que s'han fet declaracions d'emergència climàtica i establert objectius de reducció d'emissions, els governs català i espanyol, juntament amb l'empresa AENA (que té un 51% de participació pública), have agreed behind closed doors and in the middle of August the expansion of Barcelona airport. Beyond what this expansion could mean in terms of emissions and climate change, it will also have effects on the territory and the people who live in it. La Ricarda, the area where the expansion is expected to take place, is an area protected by the Natura 2000 network due to its rich biodiversity. In addition, Barcelona is an over-touristy city, where the influx of tourists has generated new social problems such as the expulsion of residents from their homes and gentrification. An increase in passengers at the airport, which translates into an increase in visitors to a city with zero absorption capacity, worries the population and social movements.

All in all, a wide range of groups and civil society organizations have supported the call for Zeroport and the Xarxa per la Justícia Climàtica [Network for Climate Justice] - platforms of which we are part - to hold a rally to show rejection to this absurd and dangerous project. On September 19 we will be in Carrer Tarragona in Barcelona, between Plaça Espanya and Plaça dels Països Catalans, to say NO TO ENLARGEMENT and show the political and economic elites that we are the majority. For health, climate, and life.

Next Tuesday, September 7, at 11 am, the press conference for the presentation of the rally will take place at the Col·legi de Periodistes de Catalunya [Catalan Association of Journalists] (see information attached). 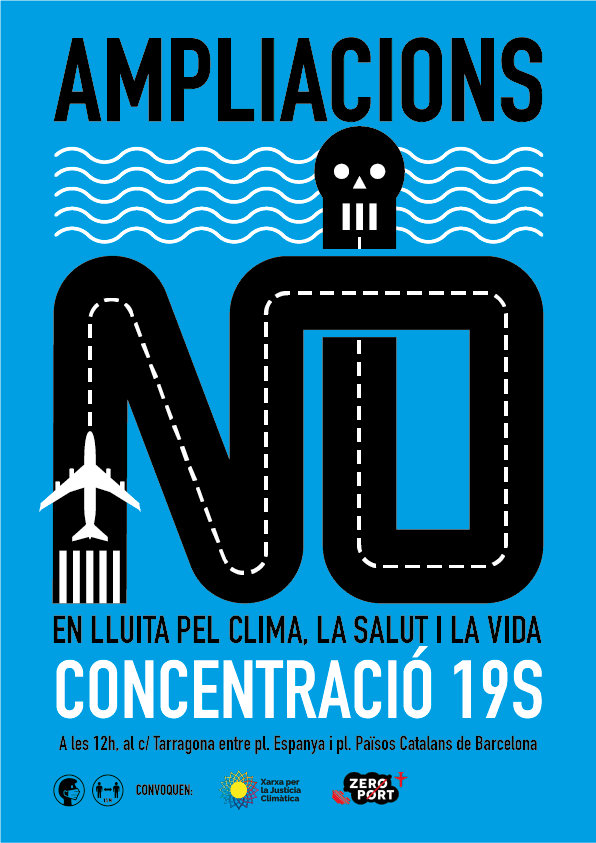